Don't Miss
Home >> Default >> Transcendental Meditation and Its Many Benefits 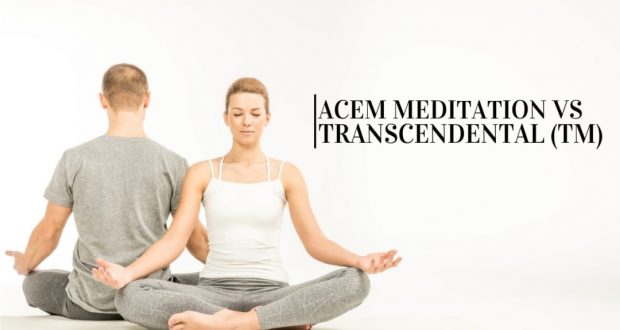 Transcendental meditation, also known as TM for short, is a simple and effective form of meditation that is shown by research to be quite effective at minimizing anxiety, helping people manage stress, and even lowering blood pressure and carrying other benefits. It gained popularity in the 1960s, even attracting the attention of the Beatles, as well as other celebrities and notable people since then.

You can learn this form of meditation from a certified TM instructor in a few days, but you can also learn the basics here. Those who practice transcendental meditation may experience a decrease in stress and anxiety within minutes. As with other forms of meditation, long-term practice can lead to even more positive changes, including resilience to stress, lower overall anxiety, and even greater life satisfaction. It’s definitely worth taking a few minutes to learn more.

What Is Transcendental Meditation?

Unlike mindfulness-based meditations that focus on clearing the mind of thoughts and gently bringing the attention back to the present moment when you notice that your mind has wandered (as it will), TM is based around focusing on a single mantra, repeated silently. This mantra can be different for every person, and those who complete training programs are generally assigned mantras based on their personal characteristics and are expected to be a good fit.

How Does It Work?

For this practice, it is recommended to practice 15 to 20 minutes twice a day. This involves getting into a comfortable position, breathing through the diaphragm in a relaxed way, and practicing your ability to notice the thoughts in your mind without engaging with them. Then the mantra—usually a single word or sound, such as the near-cliche of “om,” while focusing on the sensations that arise.

That’s the basic practice, which is quite simple. It can be hard to find time to practice when you are busy, which is why simple and accessible stress management techniques can be so helpful.

Whether it’s TM or another form of meditation, the biggest challenge for many people is creating 30—40 minutes in their daily schedule to meditate.

There are many forms of mediation. Here is how transcendental mediation compares to other types of meditation:

There have been hundreds of studies conducted on this form of meditation that have shown it to be effective in stress management and anxiety reduction, as well as other physical and mental health benefits. Some of these studies are better conducted than others, however, as noted by researcher Adam Holt, who assessed 55 studies on TM and another form of meditation, mindfulness-based stress reduction (MBSR). There is even more evidence showing strong benefits with this technique.

The main concern with the studies done on TM was that there may have been selection bias—some of the studies may have selected participants who were more cut out for the practice and would be more likely to show a positive response. There were, however, many studies in which participants did show improvements with subjects assigned randomly to the TM group or a control, showing a real link between the practice and the beneficial outcomes.

Both forms of meditation were linked with increased gray matter, decreased stress, and positive psychological outcomes like self-acceptance, purpose in life, and autonomy.

MBSR was found to be more beneficial by the body of studies examined, however. It was associated with greater cell longevity and immunity as well as immune system recovery after stress and lower inflammatory response. There is also more research supporting it as a tool for reducing symptoms of stress, anxiety, depression, and even insomnia.

However, many people find MBSR to be more challenging to practice, and the typical MBSR training program lasts eight weeks as opposed to a four-day training program for TM. This may make transcendental meditation a more attractive and accessible option for many people. Given the amount of research conducted on TM, it shows great promise, but more research should be conducted, according to many psychologists, so that we can know even more about this useful and effective technique.

There are other simple meditation techniques such as sitting quietly with aromatherapy and focusing on the scent sensations—a form of mindfulness-based meditation—or sitting quietly in a bath and focusing on the physical sensations—also mindfulness-based. However, these types of meditation are less widely studied, so it’s more difficult to compare them to the more popular techniques of TM and basic MBSR.

However, many people find them to be useful, and many of the general benefits of meditation can be assumed to apply, so if TM doesn’t appeal, there are several other ways to meditate that should be tried before you give up on the idea of meditation altogether.

Transcendental meditation has been associated with a great many benefits for mental and physical well-being. Some of the top benefits are related to brain functioning, heart health, and, of course, stress management and the relief of anxiety. Additionally, it has been found to be helpful for depression, insomnia, addiction treatment, post-traumatic stress disorder, attention-deficit disorder, autism spectrum disorders, and even Alzheimer’s.

One study in 2017 reviewed eight meta-analysis studies, meaning it was a study that reviewed several studies that reviewed other groups of studies—in all, this was an analysis of dozens of studies and thousands of participants.

While there were a few conflicting findings, the overall trend was that TM is effective in lowering blood pressure. This evidence is strong enough that the American Heart Association recommends that TM be considered in clinical practice.

Another meta-analysis in 2014 studied 14 research papers that examined 16 studies and 1295 participants.6 Compared with control groups who received their regular treatment for anxiety, this study found that TM was effective in minimizing trait anxiety. Trait anxiety is the type that doesn’t simply come as a passing mood, but rather as more of a regular experience.

Results also showed that subjects showed substantial reductions in anxiety over the first two weeks of practice, but that these reductions could still be sustained three years later. Interestingly, those who experienced the highest levels of trait anxiety at the beginning of the study—those in the 80th to 100th percentile range, like veterans with PTSD and prison inmates—experienced the greatest decrease in anxiety, generally reducing their anxiety levels down to the 53rd to 62nd percentile range.

Another interesting 2015 study examined the effects of TM on high school students and found that it worked well for not only their stress levels but their academic work as well.7 More specifically, a group of ninth-graders who participated in a TM program called “Quiet Time,” where they practiced TM for fifteen minutes twice a day.

After several months in the program, the teens scored higher on resilience and lower on anxiety. Those who spent more time in this kind of meditation experienced greater decreases in anxiety. Overall, this group said that they experienced better sleep, greater happiness, and more self-confidence as well.

According to an official Transcendental Meditation website, run by a TM-based nonprofit, TM must be taught in four consecutive days by a certified TM teacher. (This can be very helpful, but also somewhat costly.) Because the research on TM is primarily based on the type of practice that is learned in this way, the precise benefits that are shown in research may well be dependent on having learned the technique by a certified instructor through this method.

Similarly to yoga, the process of learning from an instructor versus learning from a book means you may not know if you’re doing it optimally. You may not have an expert there to correct your practice, but you may very well still find benefits. The mantra you are given and not sharing that mantra is also an important part of the TM practice lineage.

That being said, there are many popular books and videos that can teach TM techniques, with many people saying that they have experienced fantastic results from practice learned this way. If learning from a certified instructor is not your plan right now, it is still possible to learn enough about TM to have a beneficial practice. You can always start slowly and learn TM through a book, video, or online, and expand upon your practice in the future by working with an instructor if you feel it is necessary.

Previous: Things to Know Before You Buy Duphaston
Next: Quit smoking through meditation

If you believe popular culture trends, the only way to be healthy ...