Don't Miss
Home >> Default >> What meditation can and cannot do 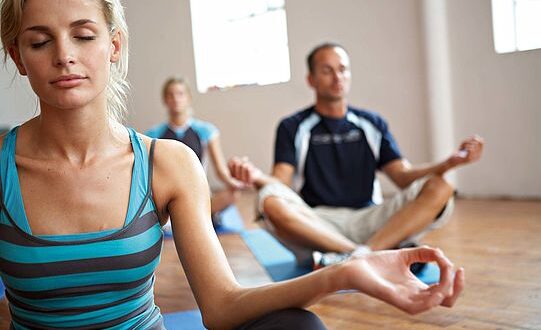 What reasons can there be to indulge in meditation? We’ll explain to you why meditation is good for us, but it doesn’t make us a better person.

Scientists from China and the USA showed in a study published in 2007 that test subjects were able to cope better with stressful situations after training with the so-called IBMT meditation (integrative body-mind training) – that is, while solving tasks under high pressure to perform they released less cortisol.

Meditation cannot make us more social , more empathic or less aggressive, as the current study by an international team of researchers shows. The researchers from Europe and New Zealand evaluated more than 20 research papers that looked at the effects of meditation on social feelings and behavior.

It turned out that meditation neither leads to less aggression nor less prejudice among meditators. Our social behavior does not change if we meditate regularly. Although individual previous studies had indicated such advantages of meditation, the international research team believes this is due to methodological deficiencies.

In a meta-analysis published in 2014 , scientists from Johns Hopkins University in Baltimore evaluated 47 studies on meditation and were able to show that meditative techniques can alleviate anxiety and depression .

The researchers explain this with the meditators‘ newly learned ability to better control their thoughts . Those who torment themselves with recurring brooding (as is typical, for example, with anxiety disorders) can learn through meditation to attach less importance to these unproductive thoughts.

A 2015 study by the Wake Forest Baptist Medical Center in North Carolina found mindfulness meditation better as a pain reliever than a placebo. Accordingly, the meditation technique was able to reduce pain by 27 percent, while the placebo could only achieve a pain reduction of eleven percent.

A 2011 Harvard study showed that just eight weeks of regular mindfulness meditation practice was enough to cause changes in the brain. In subjects who meditated for around half an hour a day, brain scans showed an increase in gray matter in the hippocampus. This part of the brain plays, among other things, a role in the transfer of memories from short-term to long-term memory. The gray matter in the hippocampus is often reduced in people who have experienced a severely traumatic event (for example child abuse or soldiers on war missions).

In fact, meditation can act like a rejuvenation cure for our cells – Canadian researchers found that in a study published in 2014 . The study included 271 women, all of whom had survived their breast cancer therapy a few months earlier.

The scientists divided the test subjects into three groups: Group one took part in a weekly yoga and meditation course for two months and was instructed to do relaxation exercises for themselves for 45 minutes a day. Participants in a group visited a facility for three months, where they could share their worries and emotions with other affected persons, and test subjects in the control group only took part in a one-time stress management seminar.

The analysis of blood samples at the beginning and the end of the study period showed changes in the cells of the meditating women as well as the women in the therapy group: Their so-called telomeres were longer after the end of the study than before. Telomeres are structures at the end of the chromosomes whose job it is to protect the cell from damage. With every cell division, the telomeres shorten and their protective effect decreases – until the cell is finally no longer protected and dies. The shorter the telomeres, the further the cell aging has progressed – the test subjects’ cells had rejuvenated after the meditation phase.

Do you sabotage your fitness resolutions every year? Here’s what to do instead
Meditation 2021-09-21
Sari Schwartz

Previous: Quit smoking through meditation
Next: Don’t worry about cysts in your ovaries or uterus?